Could an annatto allergy be causing your IBS symptoms? 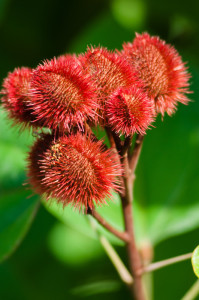 Eating the ground up seeds of this funny looking annatto plant could be giving you diarrhea.
© Can Stock Photo

Annatto is a very common “natural” food additive. It’s used as an orange food dye and as a natural flavoring in MANY foods.

I’ve recently discovered information that links an annatto allergy or intolerance to all kinds of strange problems, including IBS symptoms.

Now I don’t know whether this reaction is caused by an annatto allergy or an annatto intolerance, so I’ll be using these terms interchangeably on this page.

How one woman found her “IBS” cure:

Marlene Stein reports on her website www.ibsnomore.com about her discovery that annatto was her IBS trigger food. I checked out her story, and was very surprised at what I found.

As it turns out, Marlene Stein’s husband, Herbert Stein is a retired doctor and allergy specialist. After multiple tests, Marlene had been diagnosed with celiac sprue and lactose intolerance. But these weren’t the real cause, and her IBS symptoms persisted.

However, Marlene reports that by eliminating annatto from her diet, she was able to completely cure the IBS symptoms that had been plaguing her.

This poor woman suffered with the awful symptoms of IBS for 40 years, and later found out one simple food additive caused all that misery!

Her and her husband discovered the annatto connection while on vacation. The foods at their location didn’t include annatto. Marlene’s symptoms disappeared… Until one fateful cup of coffee (the non-dairy creamer had annatto in it).

When Marlene’s symptoms returned the pieces fell into place. She discovered that annatto was causing her IBS symptoms! 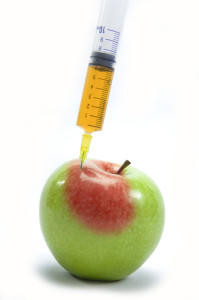 I think we should ALL be careful of “Natural” food additives. Does this look natural???
© Can Stock Photo

After reading Marlene’s site I went off looking (like I always do) for other independent reports, or clinical studies to back up what she claims. I found a lot of reports of strange behavior (like tantrums, children banging their heads on headboards, etc.) and odd bowel problems. Many people report that these problems went away when annatto was removed from the diet.

The trouble is, I couldn’t really verify any of the odd behavior reports. But according Dr. Martin Floch in the Journal of Clinical Gastroenterology, the people of Peru use annatto in traditional medicine as a mild diarrheal (a diarrheal is something that CAUSES diarrhea).

That’s right, annatto is used as a medicine to cause diarrhea or loosen stool!

The foods most people eat every day, are loaded up with something used as a medicine to cause diarrhea or loose stools. Now if you’re on the constipation side of things that may not sound like a bad thing, but if you’ve got IBS-D or the diarrhea variety, I think this should make you a bit shocked and angry.

If you have an annatto allergy or food  intolerance, you’ll have to become a faithful label checker. Be careful of “all natural labels” too. Since annatto is a “natural” food dye and/or flavoring, it can be included in foods that say “ALL NATURAL”

And all kinds of other processed foods. Watch for anything orange in particular. Marlene’s site has a much better annatto “foods to avoid” list and I recommend her site if you think annatto is your problem.

Here is why I’m taking annatto allergy/intolerance and IBS seriously. 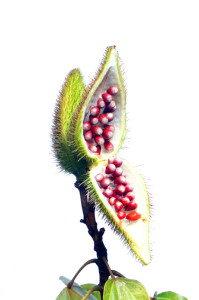 This looks a little creepy to me, but many of us eat this every day. Some people get diarrhea from annatto.
© Can Stock Photo

At least one out of 5 people has what doctors call IBS. That means at least 60 million people in the USA alone have this misery.

I have no idea how many people with IBS symptoms have annatto allergies or intolerance. But what if one IBS sufferer out of a thousand really has a problem with annatto.

And what if all those people found out about it?

That would mean 60,000 people could have their IBS cure. And that’s just using the USA numbers. How many people in the world could be helped?

Thanks (especially to you Marlene).

Find out if you have a food intolerance with a food elimination diet.