What a miserable trio! 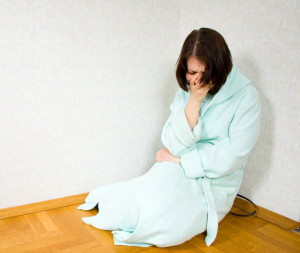 An illness like IBS can cause some people to have serious depression and anxiety. Part of that is fear of embarrassment. Could part be the brain/gut connection?
© Can Stock Photo

Many people with IBS find that they also have bouts of anxiety and/or depression. If this sounds like you, please know that you are not alone.

Scientific studies have shown that people with IBS are very likely to also have problems with anxiety and/or depression.

IBS and Depression… Is there a link?

Depression is believed to be caused by problems with neurotransmitters, particularly one called Serotonin. As I explained in the IBS Brain Gut Connection page, there is more serotonin in your bowels than in the rest of your nervous system!

Could it be that the problems with your bowels are related to a problem with serotonin production?

Could the same problem be causing serotonin problems in your brain?

I haven’t been able to find good science yet to back it up (though it may exist). For my part, I think that somehow, this is part of the IBS puzzle.

What are the symptoms of depression?

According to the National Institute of Mental Health, signs and symptoms include:

Notice that last line! Digestive problems that do not ease, even with treatment!

On a related note, People with serotonin problems often have problems with panic attacks and anxiety.

IBS and anxiety… Partners in crime! 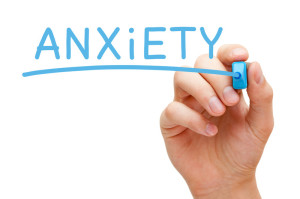 People can be depressed and anxious about having IBS. Anxiety can set the bowels into a tizzy. A vicious circle!
© Can Stock Photo

Just about everyone with IBS knows that stress and IBS are linked.

Feeling nervous or stressed can bring on an IBS attack pretty quickly for most irritable bowel syndrome suffers.

The brain and bowel are connected, problems with one can lead to problems in the other in my opinion. I know that when my bowels are acting up, I feel miserable and depressed and sometimes anxious.

What’s more, I can cause depression and anxiety just by eating foods I know I should avoid! Yep, ol’ Shawn sometimes has a weak will and eats something he shouldn’t.

The next day I’m a miserable wretch both in my head and in my gut. So is the brain gut connection a two way street? I think so.

IBS, depression and anxiety… Prozac to the rescue?

Did you know that Prozac, that famous depression medicine, was originally developed to treat problems with the digestive tract? It’s true. But what happened was, the researchers found that the mood of test subjects improved.

And the amazing part is that it HELPS most people with IBS!

If you want to wade through the jargon, there is a National Institute of Health study saying exactly that.

The mystery to me is why more people aren’t treated with antidepressants since it seems that treatment is effective.

Depression and IBS…Are these numbers coincidence? 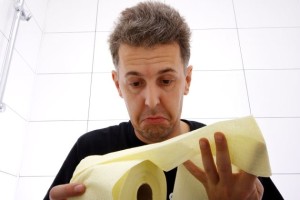 IBS symptoms can be overwhelming. People worry about being close to a toilet. Some people don’t even like to leave the house.
© Can Stock Photo

IBS affects 20 percent of the population, and affects twice as many women as men.

Depression affects 20 percent of the population, and affects twice as many women as men.

It seems to me that someone should be investigating this puzzle piece.

Should you take medicine for depression if you have IBS?

That’s up to you and your doctor of course.

I don’t think you should suffer because of that.

I think once you’ve ruled out other causes such as food sensitivities, etc., you should try whatever is proven to work.

Good luck out there!

Find out more about the IBS brain gut connection.

Find out more about foods to avoid with IBS.

Read about how to find a doctor for IBS.