Do you really need MORE GAS? 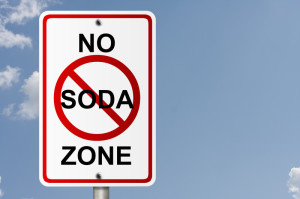 I was wondering a while back if there was a link between IBS, soda, and trapped gas pains.

I had read a science study that said trapped gas was one possible cause of IBS symptoms and bowel spasms.

I had also read somewhere that chewing gum can cause a person to swallow air, which can lead to more gas in the bowels.

So if swallowing air can lead to more gas in the intestines, what about swallowing liquids full of gas???

So first of all you’re drinking gas. Then the manufacturer has filled that soda with corn syrup (usually) or sugar. Both of these act as a rush of sugar into your bowels.

Excess sugar can cause a gas buildup as bacteria eat the sugar and pass, well, gas (more carbon dioxide) into your intestines.

I think this can lead to bloating, abdominal pain, cramping and flatulence.

Some people also have a sugar intolerance.

IBS and soda water. No sugar no problem, right? 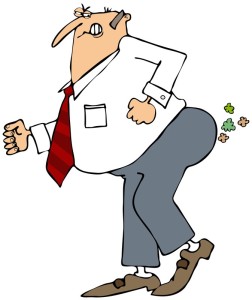 Most IBS sufferers have enough gas without adding any more.
© Can Stock Photo

I always found plain water to be, well, boring.

I stopped drinking sugary soda because it can the feed bacteria in the bowels and cause gas. Fruit juice is also full of sugar. Alcohol sets off my IBS and so I avoid it. Especially BEER WHICH HAS BUBBLES!

But soda water must be safe right? It’s just water with some excitement. :)

I’ve been drinking soda water for years… And belching up gas (excuse me). So I wondered where the rest of that gas might be ending up?

Was gas from the soda water really making it all the way to my intestines? Well like I said above, if swallowing air can cause gas in the bowels, swallowing liquid with gas hidden in it should too! 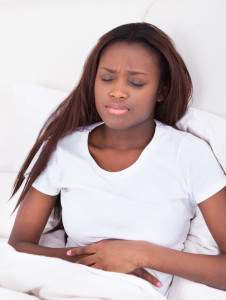 Gas pains are some of the worst belly pains I can imagine. You’d be better off without them.
© Can Stock Photo

The worst physical pains of my life have been gas pains.

I’ve had broken bones and stitches, and my tonsils out, etc. But something about the pains from intestinal gas make it more… I don’t know, urgent, deep, literally visceral.

Intestinal pain in general can be some of the worst pains many people experience. It can cause the blood to rush to the area and even cause fainting from the extreme pain. I know it makes me feel week and dizzy when I’m having a bad bout of IBS, even though I’ve not fainted from it.

To my mind anything that can reduce trapped gas is worth trying, even though I’ve always been a soda drinker.

So is there really a link between IBS, soda and trapped gas pain?

All I can offer is my opinion. I’ve stopped drinking soda and soda water, and I feel a difference.

Most people with IBS are already gas factories (um, not me of course, I mean other people {blush}). Anything we can do to reduce that gas will probably help our IBS symptoms.

I’ve stopped drinking carbonated soda drinks all together. Now I drink plain chilled water, sometimes with a little lemon. After a while I’ve found I like it better than soda after all. I believe it has made a difference in my IBS symptoms, and hopefully it will make a difference in yours.

Other things about trapped gas you may want to know:

There are many other things that cause people to have trapped gas and IBS symptoms. For more information see the food intolerance page and the food elimination diet page.