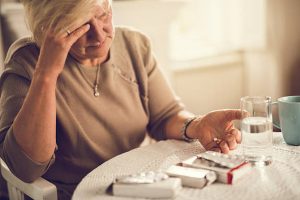 Why Has The FDA Restricted Loperamide?

Loperamide Can Be Even More Dangerous Than Many Other Opiates If It’s Abused:

While all opiates have the potential to be dangerous, loperamide has a side effect that many other opiates do not. Higher than recommended doses of loperamide can cause problems with the heart. Due to the fact that the drug can build up in the system, many people who abuse the drug may experience a long-term overdose.

How Is Imodium Beneficial For People Who Suffer From Irritable Bowel Syndrome?

Irritable bowel syndrome often causes periods of diarrhea. While other antidiarrheal medications are available, Imodium is one of the more effective over the counter medications for it. It is also known for working quickly.

How Will The Recent Change In The Regulation Of Imodium Affect People Who Suffer From Irritable Bowel Syndrome?

The drug will not be pulled from shelves. However, it will become more difficult to find Imodium. The price of the drug is also likely to increase.

The Packaging Of The Medication Will Change:

In an attempt to prevent people from taking higher than recommended dosages of the drug, Imodium is now being sold in blister packages that are extremely difficult to open. This will be extremely frustrating for many people who use Imodium for legitimate purposes.

The Laws On Imodium Could Change Again:

If these measures do not prevent abuse of Imodium, tighter control of the substance may occur. In fact, there are a number of previously over the counter medications that have been pulled from the market entirely. Others have been scheduled by the DEA. One example of an over the counter medication being scheduled is what happened with codeine. Codeine was once a common ingredient in over the counter cough medications. While many states still allow you to purchase codeine without a prescription, many states don’t. Even in states where codeine can be purchased from a pharmacist without a doctor’s prescription, many pharmacists will not sell the product without a prescription.

Are These Restrictions Really Necessary?

Many people feel that the increased regulation is unnecessary. The number of people who abuse loperamide is quite small. Furthermore, the medication has been on the market for around 70 years. During this time, a very small number of people have died of an overdose on loperamide. In fact, there have only been an average of 1.23 cases per year of the drug causing problems with the heart. There have been even fewer deaths. In fact, only ten deaths from the drug have occurred in the United States while the drug has been on the market.