Proof that bacteria may be causing your IBS symptoms. 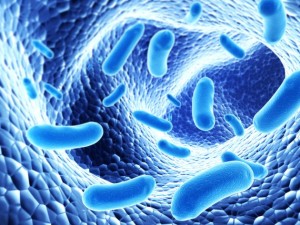 Rifaximin is an antibiotic that has helped many people get ove IBS symptoms.
© Can Stock Photo

Two important clinical studies from the University of North Carolina, show Rifaximin (sold under the brand name Xifaxan) can reduce or eliminate IBS symptoms in many people.

About 40 percent of the test subjects had relief from their bloating, diarrhea and abdominal pain! 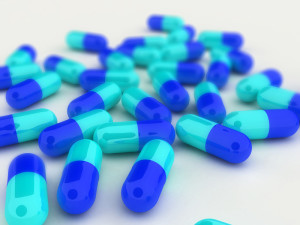 Rifaximin can help many IBS sufferers. Note, your pills will probably look different.
© Can Stock Photo

Rifaximin (Xifaxan) is a special kind of antibiotic (a drug that kills bacteria).

The nice part about Rifaximin is that it has few side effects and doesn’t usually lead to antibiotic resistance.

How does Rifaximin work?

Rifaximin has the amazing ability to pass through the digestive tract largely without being absorbed by the intestines or broken down by other parts of the human digestive tract.

That means that Rifaximin can kill bacteria from one end to the other.

Other kinds of antibiotics often are absorbed or broken down, and never make it to the “target area” of the large intestine, etc.

A placebo is a fake pill or treatment. Researchers use it to test drugs and treatments against the power of the mind.

In other words,some people will get better just by taking sugar pills. Researchers try to “control” for that by using fake treatments on some patients.

Usually, neither the researcher nor the patient knows who is getting the treatment until the end of the study.

In this study, roughly 40 percent of IBS-D test subjects got better while taking Rifaximin. And that 40 percent still had relief from IBS symptoms 10 weeks later!

But the numbers are a little more complicated than that.

The Placebo affect was about 30 percent!!!

So 30 percent (almost a third) of test subjects got better just because they THOUGHT they would. Now a skeptic might say that means only 10 percent can truly be shown to have gotten better by taking Rifaximin.

I look at it another way!

First of all if IBS-D is ruining your life, and you have a 1 out of 10 shot at what seems like an IBS cure, I don’t know why people wouldn’t talk to their doctor about it!

But, when you take into consideration a full 40 percent of people taking the medication got better for at least 10 weeks, then it seems like a no brainer. No it’s not 90 percent, or 70 percent but if Rifaximin can help 40 people out of 100 get their lives back on track, it seems worth a chance.

Your mind may be the most significant IBS cure of all.

It also means that anyone with IBS symptoms should be aware how much their mind is affecting their body and especially their IBS.

There are other studies using hypnosis or meditation to control IBS, and this could be why those studies are so successful.

Note that I’m not getting any money from the Rifaximin people to write about this :).

Check out these links to find out about talking to your doctor or finding an IBS doctor.

For those interested in the nuts and bolts of the study there is an excellent writeup about Rifaximin here.