Is SIBO Causing Your IBS Symptoms?

What the heck is SIBO and why is it ruining my life?! 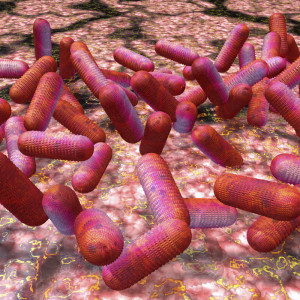 Even the good bacteria in the wrong place can make you very sick. That’s what SIBO is about.
© Can Stock Photo

Some people even list it as a cause of IBS.

What is small intestinal bacterial overgrowth?

Usually the small intestine (also called the small bowel) has a fairly low level of bacteria compared to the large intestine.

The large intestine is a wonderland of bacteria, and that’s what it’s supposed to be. The small intestine should have much less, and the kinds of bacteria are not the same.

The small intestine connects to the large intestine.

If bacteria from the large intestine starts to take over the small intestine, well, there goes the neighborhood!

When the small intestine has too much bacteria, people often develop symptoms that look just like IBS.

First you need to know how some things work.

There is a wave of squeezing that travels through your bowels. It’s called peristalsis. This wave pushes digesting food, and later, well, poop, through your digestive tract.

Peristalsis has a tendancy to keep the bacteria from the large intestine from “going upstream” to the small intestine.

Anything that slows peristalsis, or causes a backup from your large intestine can lead to SIBO. Here is a short list:

A recent study showed that even a moderate amount of alcohol can lead to SIBO. One drink a day for women and two drinks a day for men!

What are the symptoms of small intestinal bacterial overgrowth?

If you have IBS, this list is going to sound awfully familiar:

If you have a long bout of SIBO, it can even interfere with how your body gets nutrients from the food you eat.

This can lead to malnutrition, even if your eating a healthy diet!

It can also lead to weight loss, but that’s not the way to lose weight.

How can a bacterial overgrowth in the small intestine do all that?

When you eat food, especially carbohydrates (bread, potatoes, sweets, etc), the bacteria in your digestive tract eats some of it. That produces gas.

However if you have massive amounts of bacteria in your small intestines, they can do several things.

First of all they eat a lot of YOUR FOOD. So your body doesn’t get it. They can also make it hard for your small intestine to absorb food.

Second, they produce gas which causes bloating and pain.

Next, because of the irritation and pain, your small intestine may start moving too quickly (leading to diarrhea).

When that happens, some of the food your body hasn’t absorbed travels to the large intestine.

The bacteria there have a huge party at your expense!

How can I tell if I have SIBO? How is SIBO diagnosed?

There are two main ways to get a SIBO diagnosis.

One is the hydrogen breath test. The other is by doing a “culture” (counting) of the bacteria from your small intestine. 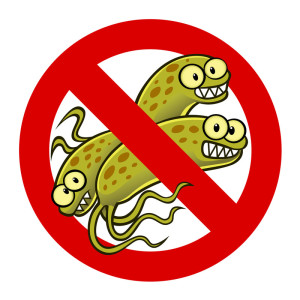 If you have bacteria in your small intestine that doesn’t belong there, that needs to be FIXED!
© Can Stock Photo

The culture method is done by passing a long flexible tube – up your nose, down the back of your throat, through your esophagus, through your stomach, and into your small intestine.

Once this magical mystery tube tour reaches it’s destination, the tube sucks up some liquid from your small intestine.

Then the laboratory counts the bacteria. If the amount is really high for the amount of intestinal fluid, then you will likely get a SIBO diagnosis.

The downside (besides the whole process), is that it only samples small areas of the small bowel.

Here is my page about the hydrogen breath test, but in short, you fast (don’t eat or drink anything but water) for 12 hours.

Next the lab folks give you a really sweet drink.

If you have SIBO (or a few other conditions), then the bacteria will start to digest the sugars, and give off a burst of gasses. These gasses show up in your breath, where they can be measured. If you have one burst of gasses that’s pretty normal (the drink has reached your large intestine). If you have two, then you possibly have SIBO.

The downside: it’s only about 60 percent accurate, meaning you could have SIBO that doesn’t show up on the test.

Also, other conditions can cause a positive hydrogen breath test reading.

What is the treatment for SIBO?

I’ve read that once a person has SIBO, it’s hard to get rid of.

One way is with antibiotics like Rifaximin. The trouble is once the antibiotics are stopped the bacteria often return. This leads to frequent or constant antibiotic treatments.

Another way that SIBO is treated is by adding “probiotics”.

Probiotics are basically harmless or even helpful bacteria. Studies have shown that lactobillus salivaris and/or bifidobacterium infantis can help IBS symptoms.

Find out more about other Causes of IBS.

Find out more about the human digestive system.

If you have any experience with SIBO please let me and others know about it in the comments section!