How your mind could be giving your body IBS, and what you can do about it. 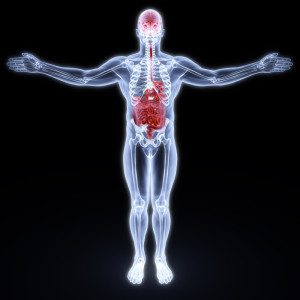 Most people have heard the expression “If you have the guts”. There are a lot of expressions like that: Intestinal fortitude, do you have the guts, fire in the belly, a gut reaction, I had a gut feeling about that, etc. What that’s basically saying is, if you’re really scared or nervous it will affect your “guts,” or that your guts can effect your decisions or your emotions. These expressions have been around for ages. It’s no wonder then that science has now proven the brain gut link.

The enteric nervous system… Your gut has a brain.

Neurons are part of the brain and nervous system. That’s the system that gives us the ability to think and move. It also keeps our heart pumping, and our lungs breathing. Neurotransmitters are the chemicals that allow neurons and other nervous system parts to function. There are more neurons and neurotransmitters in the walls of your bowels than in your spinal cord which operates the rest of the body. There are also a bunch of neurochemicals usually thought of as brain chemicals that help to operate your bowels. It’s no wonder that many people are now saying that the gut contains a brain. This brain isn’t a thinking brain though. It seems to be more involved in emotions, which is why it can be subject to stress problems.

Stress changes the bacteria in your gut. 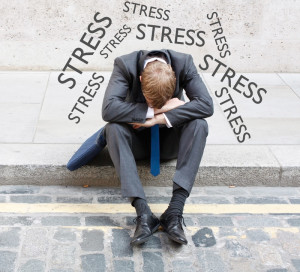 Studies show that stress can actually change the balance of bacteria in your bowels. How’s THAT for a brain gut connection?!
© Can Stock Photo

A study from Ohio State University showed that stress changes the the way bacteria works in your colon (the large bowel or intestine). In the study, the amount of good bacteria in the bowel got smaller, while the amount of the harmful bacteria grew. This affected the bodies ability to fight off illness! That’s why you see all the ads for yogurt with beneficial bacteria to help your immune system. It doesn’t take a rocket scientist to see that that having an overload of bad bacteria in your gut could cause IBS symptoms. Maybe that’s part of the reason that stress makes IBS worse.

How your gut affects your brain.

Another study by McMaster University shows that the bacteria in your gut can change the chemistry of your brain! There is some evidence that this can lead to depression, anxiety, and even possibly late onset autism! Okay, too many exclamation points but that really is mind boggling. It’s pretty common for people with IBS symptoms to also have either an anxiety disorder or depression, or both. People have always tried to say “it’s all in your head” but maybe it’s really the bacteria in your gut, messing with your head.

Antibiotics can change your gut flora… 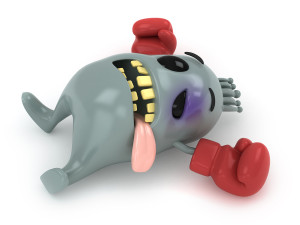 Antibiotics kill good bacteria as well as bad. Stress can also affect healthy gut flora. All of this can change how your brain and gut work!
© Can Stock Photo

And your gut flora can change how you think. In the McMaster study, mice from a fairly timid mouse colony were given gut bacteria from a more adventurous mouse colony. These timid colony mice then started behaving like the adventurous colony mice! It’s just amazing to me that we (yes, I’ve done it too) insist on antibiotics when we’re sick, yet they could be changing how we behave and think. Don’t get me wrong, antibiotics are very important when they’re needed. They even save lives. But most of the time we’re sick with cold viruses or stomach viruses that don’t respond to antibiotics. So we’re messing with our gut bacteria balance, and not getting any help for our colds.

How to get your brain gut connection to help you:

Here are some things that I’ve read about that could help your brain gut connection.

Hypnosis: For reasons that aren’t clear, hypnosis has helped many people with IBS. There is a clinic in Great Britain that has used hypnosis to cure people of IBS. The cure lasted for 5 years while the study was going on (it may still may be working). I’d like being cured of IBS for 5 years!

Probiotic supplements: These capsules contain billions of bacteria that are supposed to help balance the bacteria in your colon. If you decide to try them, get the kind with the “enteric coating.” This helps the bacteria reach your colon without being destroyed by stomach acid. I think these help. But I think there is more bacteria needed than the kinds they contain.

Yoga, meditation, exercise: All three have been proven to reduce stress and improve mental health. Since the brain gut connection seems to be a two way street they should help you in both places. Find out more about how the human digestive system works. Many people with IBS have food sensitivity or intolerance. In my opinion, nothing will help fix your IBS symptoms if the food you eat is harming you. Learn more about foods that cause IBS symptoms on the Food Intolerance page.