Or Death by Bagel… 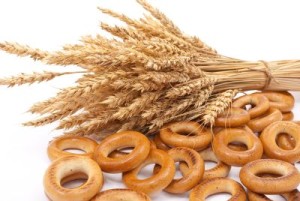 Okay, it’s not really DEATH by bagel, but a wheat sensitivity can make you pretty sick.
© Can Stock Photo

The words wheat sensitivity seem pretty harmless. But this common food intolerance can cause you all kinds of grief.

Studies show that as many as 1 out of 100 people become VERY SICK from eating wheat products… And that’s just people that have celiac sprue disease (see below).

Because people can have a sensitivity to wheat even without celiac sprue, the number of people that are wheat intolerant could be much higher!

Symptoms of wheat intolerance or sensitivity: 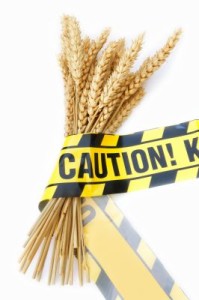 DO YOU HAVE A WHEAT SENSITIVITY????
© Can Stock Photo

Here are the most common symptoms caused by wheat sensitivity. You may not have them all.

And all the symptoms of IBS!

In other words the complete destruction of your health.

So what is celiac sprue? 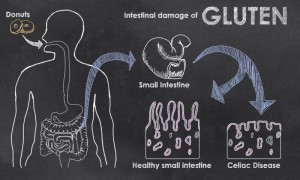 1 person out of 130 or so (estimates vary) has Celiac Sprue. I believe many more have a wheat sensitivity.
© Can Stock Photo

Celiac sprue is just one form of wheat sensitivity. It affects 1 out of 133 people in United States and 1 out of 100 people in Europe.

Celiac sprue is an autoimmune disease which is triggered by a protein in wheat (and other grains) called gluten. The body attacks itself trying to get rid of the gluten and damages your intestines in the process. That can cause the symptoms listed above. More about that at the celiac sprue page.

It takes an average of 11 years of misery before a person with celiac sprue finds the true cause of his or her illness.

Other possible reasons for a wheat sensitivity…

In a recent study at Rush University Medical Center, people who reported having hay fever, eczema or asthma were three times more likely to have IBS.

How to find out if you have a wheat sensitivity…

Some forms of wheat sensitivity are easier to figure out than others.

There is a also a skin test where the doctor or nurse pricks a small amount of purified wheat proteins and allergens into your skin. Then they wait about 15 minutes to see if you get a small itchy rash at that spot. If you have an allergic reaction, you probably have a wheat allergy.

The doctor can also take a biopsy of your intestines (use your imagination as to how they get that ;)). This small sample of bowel is checked for damage caused by celiac sprue.

These tests can help the doctor find out if wheat (or some other food) is making you sick.

What if the tests come back negative?

My gastroenterologist did all these tests, and found nothing. But using a food elimination diet, I found out that wheat was making me really sick!

If after all that it turns out you DON’T have a wheat sensitivity, then rejoice, because…

If the tests come back positive… :( 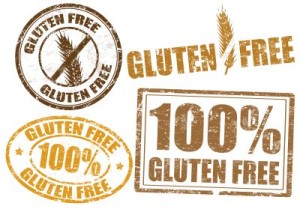 If you have a wheat sensitivity, you’ll have to start checking labels. Gluten free also usually means wheat free.
© Can Stock Photo

Or a food intolerance test indicates you have a wheat sensitivity… Well… Life goes on.

But it takes some getting used to.

Wheat is hard to avoid in a western style diet. Hopefully your doctor will recommend a dietitian. A dietitian can help you find alternative foods to eat and help you develop a healthy wheat free or gluten free diet.

The good news is, there are WAY more gluten and wheat free foods now than even a few years ago.

That being said, here are some of the foods you’ll need to avoid or find substitutes for:

You’ll have to be a label checker, and probably a book reader. Wheat and/or gluten is hidden in all kinds of foods.

If it turns out you have celiac sprue or some kind of gluten intolerance, you will also need to avoid wheat, barley, and rye. These grains have a similar gluten in them.

Celiac sprue and gluten are HUGE topics I’ll be covering on other pages (coming soon).

Living with a wheat sensitivity…

If you have some kind of wheat intolerance, you may be feeling angry or sad about it. That’s how I felt.

But feeling healthy is SO much better than eating muffins, or even pizza (there are wheat free versions of both by the way). It DOES take a while to get used to this. But it’s REALLY worth it. For more about that, see my hope for IBS page.

Find out more about food intolerance.

Do you need a food elimination diet?

Is lactose intolerance your problem?

Back to the homepage.